Regarding Tokyo Metro and Its Media Characteristics

In the urban areas of Japan, the transportation networks are well established with railways that allow a means of commuting or going shopping by train, with less delay than driving a car. This situation is unique among the Asian countries.

The users of Tokyo Metro, which connects areas in the city of Tokyo, include various people such as business people, students and tourists.

Tokyo Metro is a closed environment of train interiors and train stations that are underground where the scenery is blocked. Therefore, advertisements tend to be seen easily and media contact rate is high.

Clients can select from different types of advertising media according to their needs such as digital signage that transmits image advertisements inside the trains and pillars in the stations, hanging posters and stickers inside a train, concentrated display in a station and advertising posters in a station, large-sized boards, etc.

Tokyo Metro operates 9 lines of subways and a total of 6.84 million people use Tokyo Metro every day. Because Tokyo Metro's network runs through central Tokyo with office districts such as Marunouchi and Kasumigaseki, shopping areas such as Ginza and Shinjuku, tourist districts such as Asakusa, Ueno and Roppongi, it is used by many people coming and going day and night for shopping and leisure, many traveling from the suburbs to central Tokyo.

Tokyo Metro utilizes the seamless central city network to provide a more precise and smooth transport service with the safety of the customers as its top priority.

Number of Cars in Possession 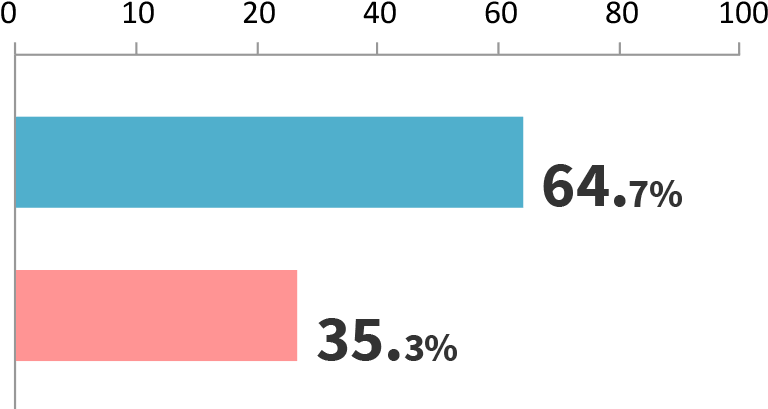 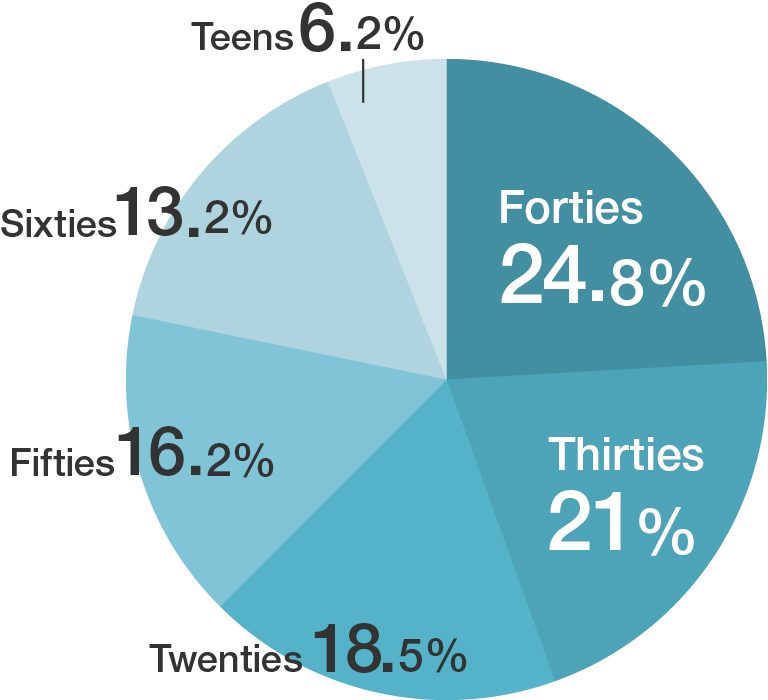 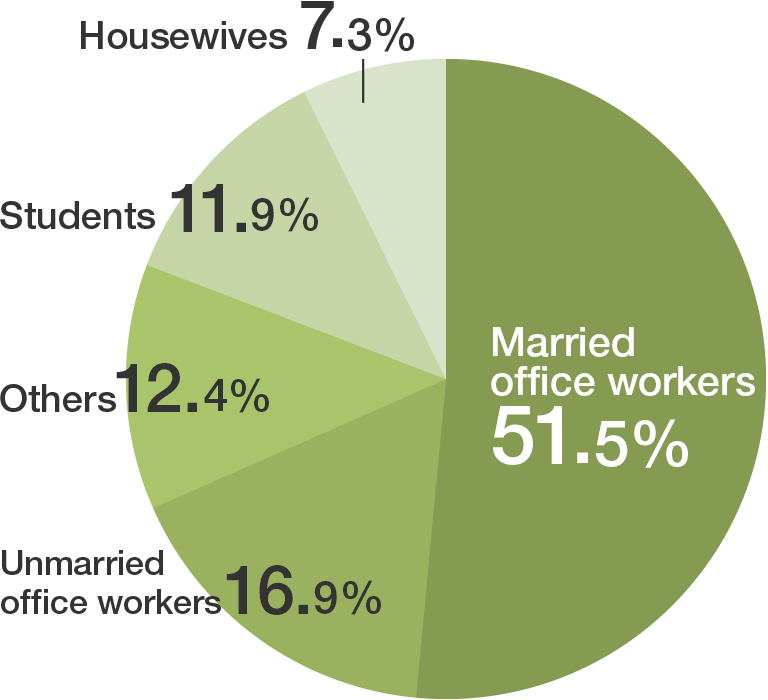 Daytime population is large, many major corporations and commercial facilities are concentrated in the capital, Tokyo.

Tokyo Metro covers the central area which has the most vitality in the Tokyo metropolis. 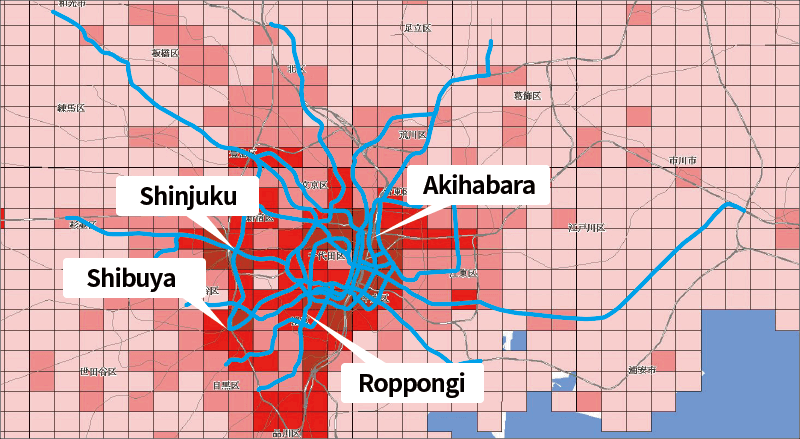 The dark orange part in the map below are the areas with companies with over 300 employees.
The blue lines indicate Tokyo Metro lines. Tokyo Metro is creating a network for the center of the city filled with numerous big companies. For the areas networked by Tokyo Metro, there exist countless consumers who are supporting Japan's economy, while many other people are working. 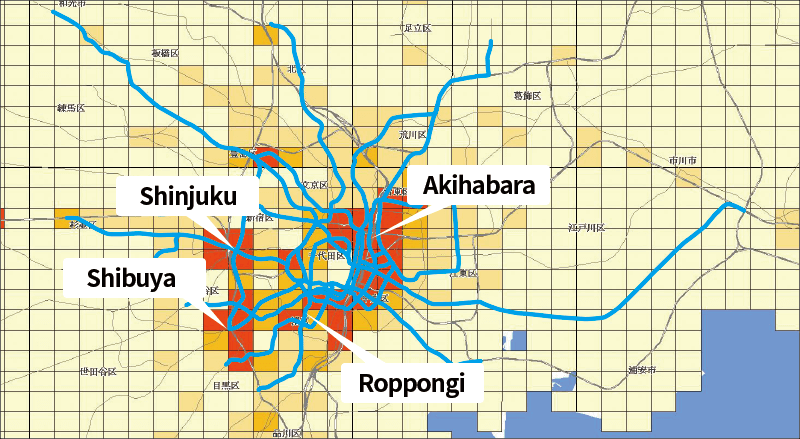 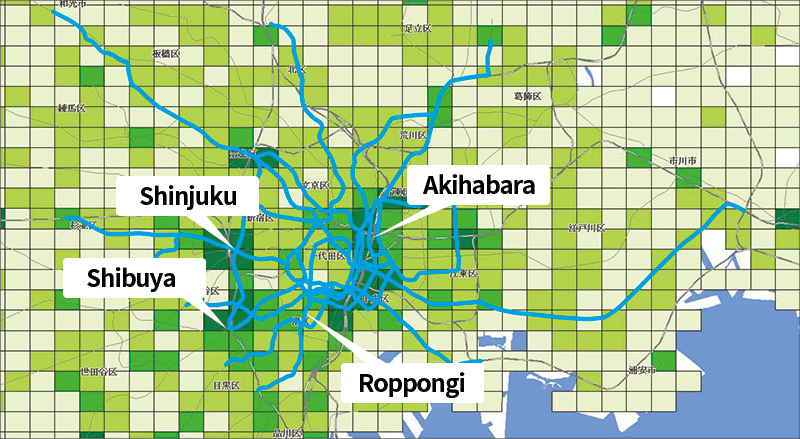 Tokyo Metro Passengers Total 6.84 Million People
Tokyo Metro's daily passengers have reached a total 6.84 million people for 9 lines. This figure far exceeds other private railway companies in the metropolitan area, and ranks second to JR East, acting as the main artery for moving about in the downtown area.

Linking Districts in Central Tokyo with 9 Lines and 179 Stations
One third of the population of Japan resides in the Tokyo Metropolitan Area.
Tokyo Metro connects various districts, commercial facilities, terminals that many people use giving the advertising media a high value as it is seen by many people.

Efficient Approach to Business People
Tokyo Metro is utilized in various business cases not limited to commuting to work and is characterized by its frequent use by business people. Tokyo Metro advertising media can efficiently reach the class of people with potentially high spending power.

Excellent Environment for Advertising That Only an Underground Space Can Provide
Since there is no scenery in the trains or the stations of Tokyo Metro that runs underground, people naturally look at advertisements. Also, it is an ideal environment to display advertisements without worrying about the weather.

Suitable Advertising Media Directed at Tourism
As more and more visitors are coming to Japan, we are paying closer and closer attention to the tourism market. Tokyo represents Japan's international tourist city. We are capable of appealing to foreign visitors who use the Tokyo Metro.

Tokyo Metro, where people come and go endlessly. The attraction of the advertising media is in its ability to get a message across to a broad audience and efficiently where the power of Tokyo is concentrated, appealing to the people as they go about their day-to-day routine. We introduce the Tokyo Metro advertising media that maximize the effectiveness of advertising from the many variations. 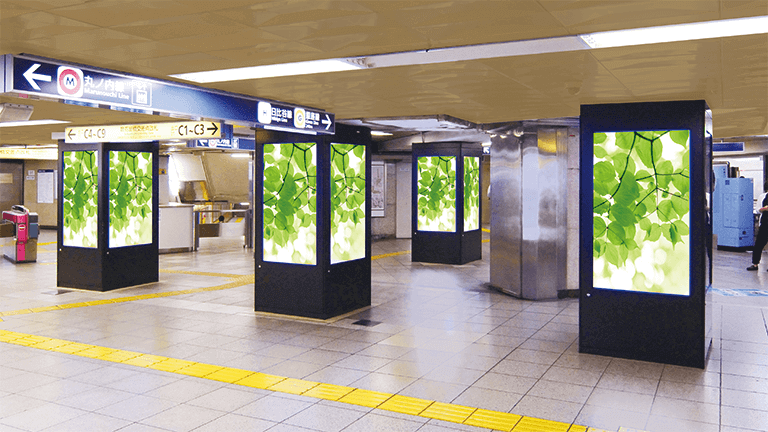 It is a medium drawing attention recently that has high impact and visibility. 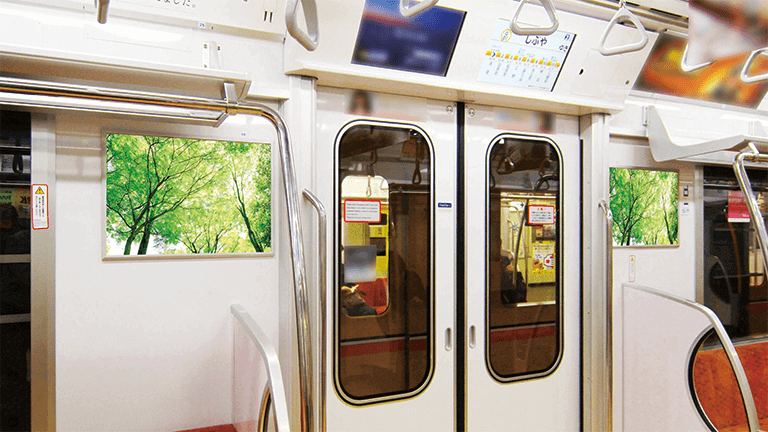 Clients can expect to raise recognition and leave a lasting impression. 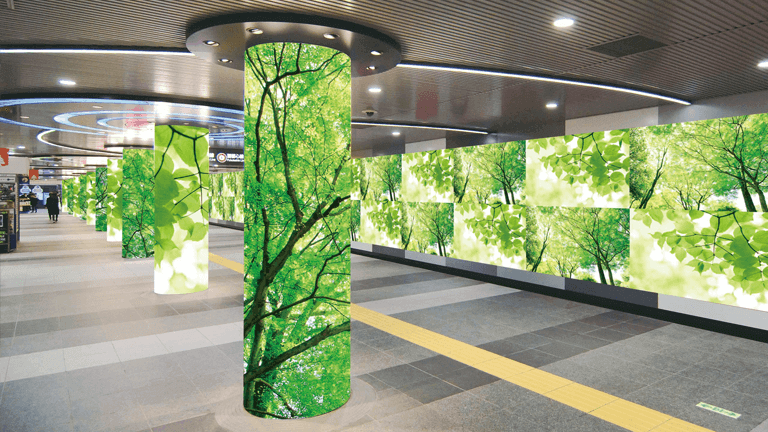 Advertisement can be displayed according to the environment around the stations and characteristics of the users. 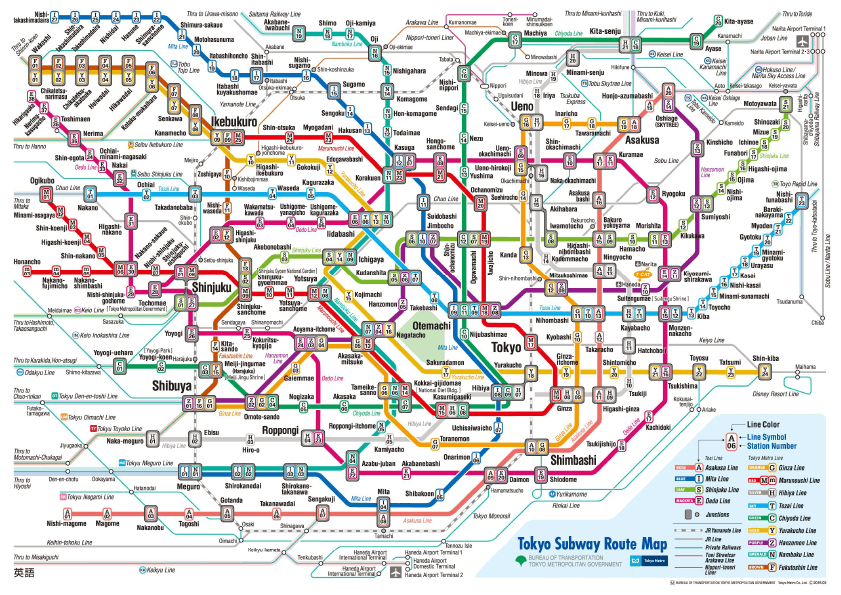